used for saying that what happens next is disappointing or unpleasant
只不過卻
I tore open the box, only to discover that some of the parts were missing. (表達出失望) 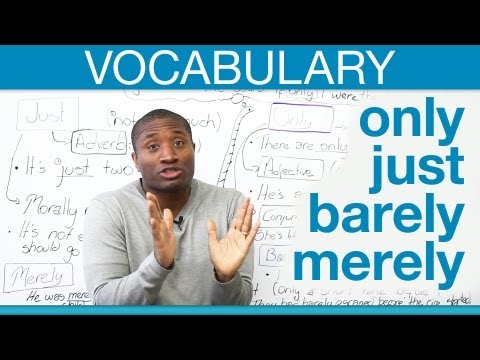 only to, except that, only that


只不過 except that = only that: （字典找不到）
He is a good student, except that he sometimes says foul language. (所以他仍然是好學生)
This suit fits me well except that the trousers are too long.
His account is correct, except that some details are omitted.

except (for/that): used to give a reason why something is not possible or true。
此用法指出前句的事情沒發生，因此在寫過去的事情時要使用「完成式」，寫未來的事就沒差。
要不是: They would all have died except for [=but for] her and her quick thinking. [=it was only because of her that they did not die] (他們沒死)
但是: I want to go, except that I’m tired. (他沒去）
We would like go, except (that) it’s too far. (我們沒去）

除了 except (連接詞)：used to introduce a statement that indicates the only person or thing that is not included in or referred to by a previous statement
這是 except 的正常用法，可以和 but 互換，作為連接詞，前面加什麼後面就加什麼。此外，他還能加個介詞來用。
He does nothing except [=but] complain. (動詞 except 動詞）
She didn’t leave the house all weekend, except to go to church.
Employees were not allowed to leave except in an emergency. [=unless there was an emergency]
Take no orders except from me. [=take orders only from me]
Everyone was invited except for [=but] me.

Not Only but Also

Extensive ApproachMust SongPhilosophy & PsychologySHOW TIME!Visual Novel & Games
We use cookies on our website to give you the most relevant experience by remembering your preferences and repeat visits. By clicking “Accept”, you consent to the use of ALL the cookies.
Do not sell my personal information.
Cookie SettingsAccept
Manage consent

This website uses cookies to improve your experience while you navigate through the website. Out of these, the cookies that are categorized as necessary are stored on your browser as they are essential for the working of basic functionalities of the website. We also use third-party cookies that help us analyze and understand how you use this website. These cookies will be stored in your browser only with your consent. You also have the option to opt-out of these cookies. But opting out of some of these cookies may affect your browsing experience.
Necessary Always Enabled
Necessary cookies are absolutely essential for the website to function properly. These cookies ensure basic functionalities and security features of the website, anonymously.
Functional
Functional cookies help to perform certain functionalities like sharing the content of the website on social media platforms, collect feedbacks, and other third-party features.
Performance
Performance cookies are used to understand and analyze the key performance indexes of the website which helps in delivering a better user experience for the visitors.
Analytics
Analytical cookies are used to understand how visitors interact with the website. These cookies help provide information on metrics the number of visitors, bounce rate, traffic source, etc.
Advertisement
Advertisement cookies are used to provide visitors with relevant ads and marketing campaigns. These cookies track visitors across websites and collect information to provide customized ads.
Others
Other uncategorized cookies are those that are being analyzed and have not been classified into a category as yet.
SAVE & ACCEPT